Career Success Stories: a series where we highlight career paths of University of Utah students and alumni. In these stories we share challenges and triumphs of our students to empower members of our community as they embark on their own journeys. 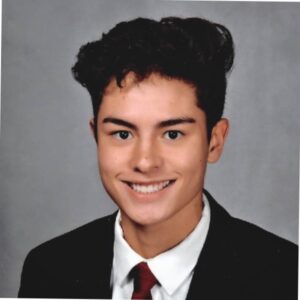 Today we will be highlighting Koji Nagata-Brown in our Career Success Series.

Koji is sociable and willing to help and listen to others. He enjoys working in teams, taking initiative, and developing connections. Koji is currently working part-time at U of U Health as a Web Content Intern and will be interning at Instructure as a Software Engineer this summer. He plans to graduate next fall with Bachelor of Science in Computer Science with tracks in Software Development and Mobile/Web Development. Koji’s knack for networking has helped him get to where he is today, and he believes it is a really valuable tool.

A Journey to Find a Best Fit:

Koji started applying for opportunities on Handshake and LinkedIn and sent out “countless applications,” but wasn’t seeing the results he wanted. He didn’t expect how hard it is to apply for jobs and internships. He realized that it can be difficult and competitive to gain internship and other experiences in Computer Science before graduating, so he decided to get ahead of the game and started looking for his fit junior year.

“I wasn’t expecting how hard it is to get it [Computer Science-related position] because it’s such a hot market right now… it takes a lot of time and effort… and I actually started to get discouraged… so that’s when I started to meet with my Career Coach, Olga, at the CPDC.”

With his Career Coaches’ help, Koji began updating his professional documents, learned how to tailor them and optimize the space on the page, and prepped for his interviews. He discovered how to better articulate himself, his skills and experiences, and how to “sell” himself to employers. Finding solutions and support through his job search helped Koji find more confidence and a great fit for him. He looks forward to interning with Instructure this summer and gaining more skills and experiences that he has been looking to add to his repertoire.

A Challenge Along the Way:

While Koji was first applying and job searching, he experienced a lot of rejection and discouragement about his career path, but after updating his professional documents and meeting regularly with his Career Coach, Koji

“pretty much immediately started to get more feedback from [his] applications…

and having a really good resume just helps you stand out in the application process.”

He utilized the feedback and started to feel more successful in his approach. Along the way, Koji became more consistent in his internship search and figured out a weekly regimen for applying that worked for him and was sustainable as he also accomplished his daily tasks. He suggests

“breaking the bigger goals into smaller, more manageable goals that ultimately help you get to where you want to go and staying consistent with them”

One Takeaway from Working with the CPDC?

Koji spent a lot of time with our office learning how to best present himself on paper, online, and in interviews. He enjoyed learning how to best advocate for himself and express who he is, his experiences, and skills to share with future employers. He also mentions that he thinks that finding support, courage, and stamina are important parts of job searching.

“For people who are feeling discouraged about the application process, ‘cause it can definitely be daunting, just power through, set goals for yourself, and apply early.”

Koji mentioned that it’s important to be prepared for what you may face in the interviewing process in your field. He said that Computer Science majors, especially, will experience coding and technical interviews, so practice will really help, and coursework is so important to put on your resume. Coursework can sometimes supplement and provide other relevant experiences when applying. Koji also suggests building a strong LinkedIn profile –

“the sooner you start curating your online presence and making connections, the better.”

Koji is a great example of someone who has visited the CPDC often and really internalized the valuable lessons he gained here. He has put so much thought and energy into his career and professional development journey, and it was a pleasure to hear and learn from him. Thank you, Koji!